How a battle system should be designed in a perfect new-age MMO RPG?

Short answer: I don't know yet. But I can point out what feels badly wrong in existing MMOs.

One at a time

In conventional MMOs player usually fights 1 foe at a time. Simply because it is cost-effective.

One at a time isn't bad by itself. What makes it bad is endless repetition. And by now, people played it enough and deserve something else as the core of battle system. 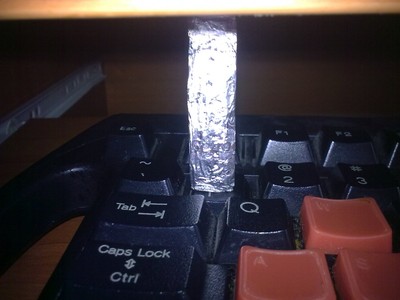 Best MMO bot ever A boss fight in conventional MMO feels like usual one-at-a-time with a single difference: the one is freaking BIG. It's not unusual to see players activate single skill or macro and go AFK for 15 minutes. Some people manage to kill those things alone. It takes hours of AFK with one skill activated in a loop.

This is obviously wrong and should not be like that. A good bossfight must require skill, not time. It should feel different from normal gameplay, although not too different at the same time.

To be honest, it does indeed require some skill for a party to beat such bosses. But essentially it all boils down to simple rule: whoever takes damage, must take less than healer manages to heal over time; and must have enough HP to survive 1 strongest hit.

In search for perfection

Therefore, game should encourage players to use different tactics in different circumstances. The goal is to make player guess and search for the most effective playstyle again and again. Game does this by varying relative cost-effectiveness of skills and tactics in different situations. Especially important here is the word relative. There's no point in making all tactics equally harder or easier: the one that used to be the best will still stay the best.

So, we seek a method to vary relative cost-effectiveness of skills and tactics.

By definition, cost-effectiveness is the usefullness of effect relative to amount of resources spent.

Therefore, it is possible to vary cost-effectiveness by changing usefullness of effects, as well as costs, in different situations. For example, something like:

All this requires careful thinking and a lot of design work to do right.